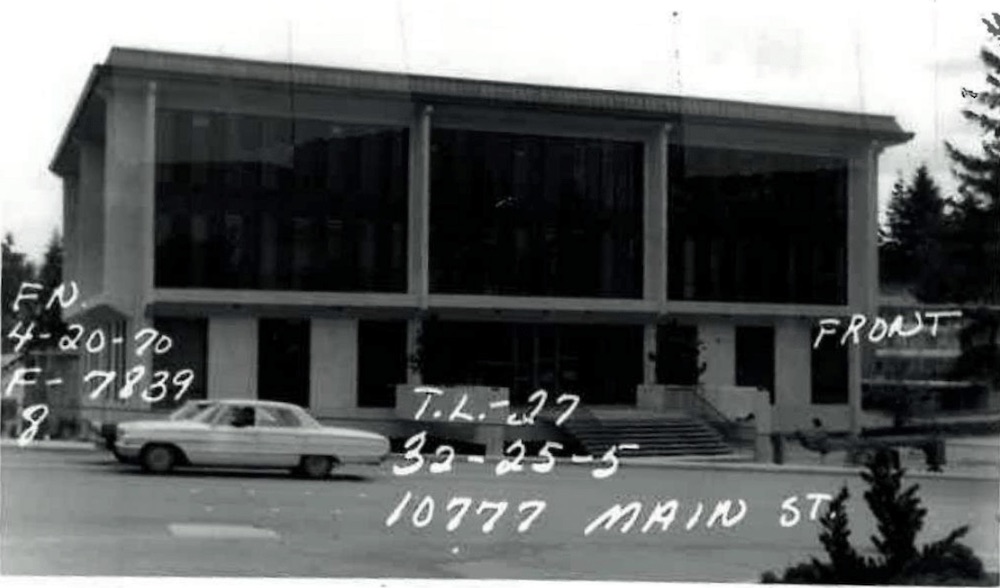 Originally, there weren’t many residents living on this property.

Our land was first home to a wooden, two-room cabin. In 1969, Robert and Dorothea Rettig and Alfred Lambeth acquired it and built the Surrey Building.

Completed in 1970, the building is a classic example of Brutalist style. Hallmarked by a steel and concrete construction, Surrey Building features a bulky, top-heavy design marked with sloping wall planes called “Russian Wedges” and vertical slot-style windows. Hidden in the details of our architecture are hallmarks of our past.

The name, Surrey, is equally time-stamped. It was borrowed from Surrey Downs neighborhood which began in the 1950s. Before being cleared for mid-century modern development, the land was home to cherry and hazelnut orchards. In Surrey Downs Park, historic hazelnut trees still grow from the original R.T. Reid Fruit and Flower Farm.

Over the years Robert lived in the building, he owned the P-X Sooper Market downstairs (later Mayfair Market) and Pacific Fruit and Produce Co.

But, he was only one of the residents over the decades.

Key players, and recorders, of Bellevue history, worked and lived here. From Rosemary’s Stenographic & Answering Service in the 70s to the Seattle Times in the 90s, these walls have heard the stories of Bellevue’s boom. 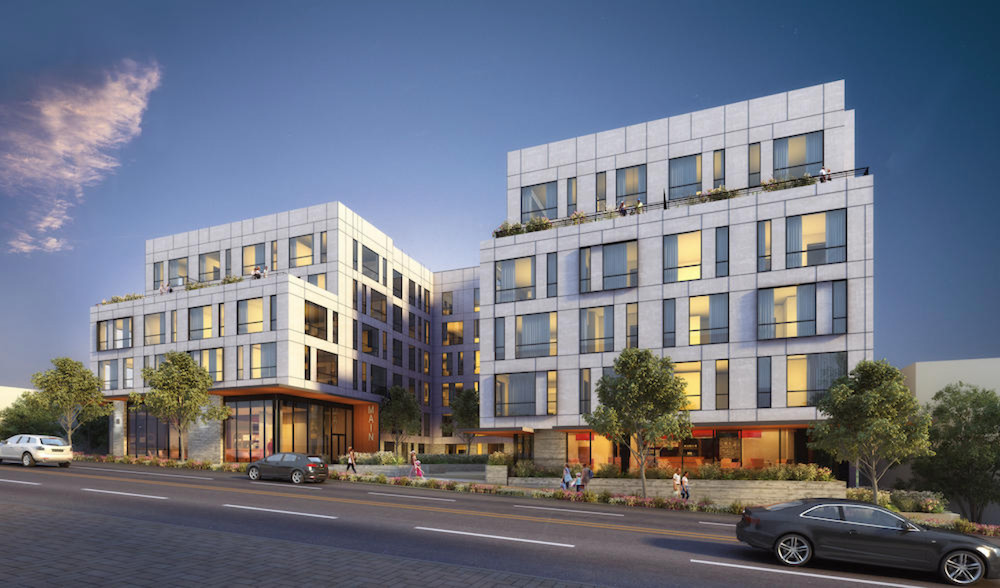 Inspired by uncovering our past residents, Surrey on Main is a speakeasy to discover. We’ve replaced original code words with modern Butterfly Intercoms, but we’ve kept a spirit of secret delights and hidden reprieve from the world outside.

You make history every day, but you need a place to rest in between milestones.